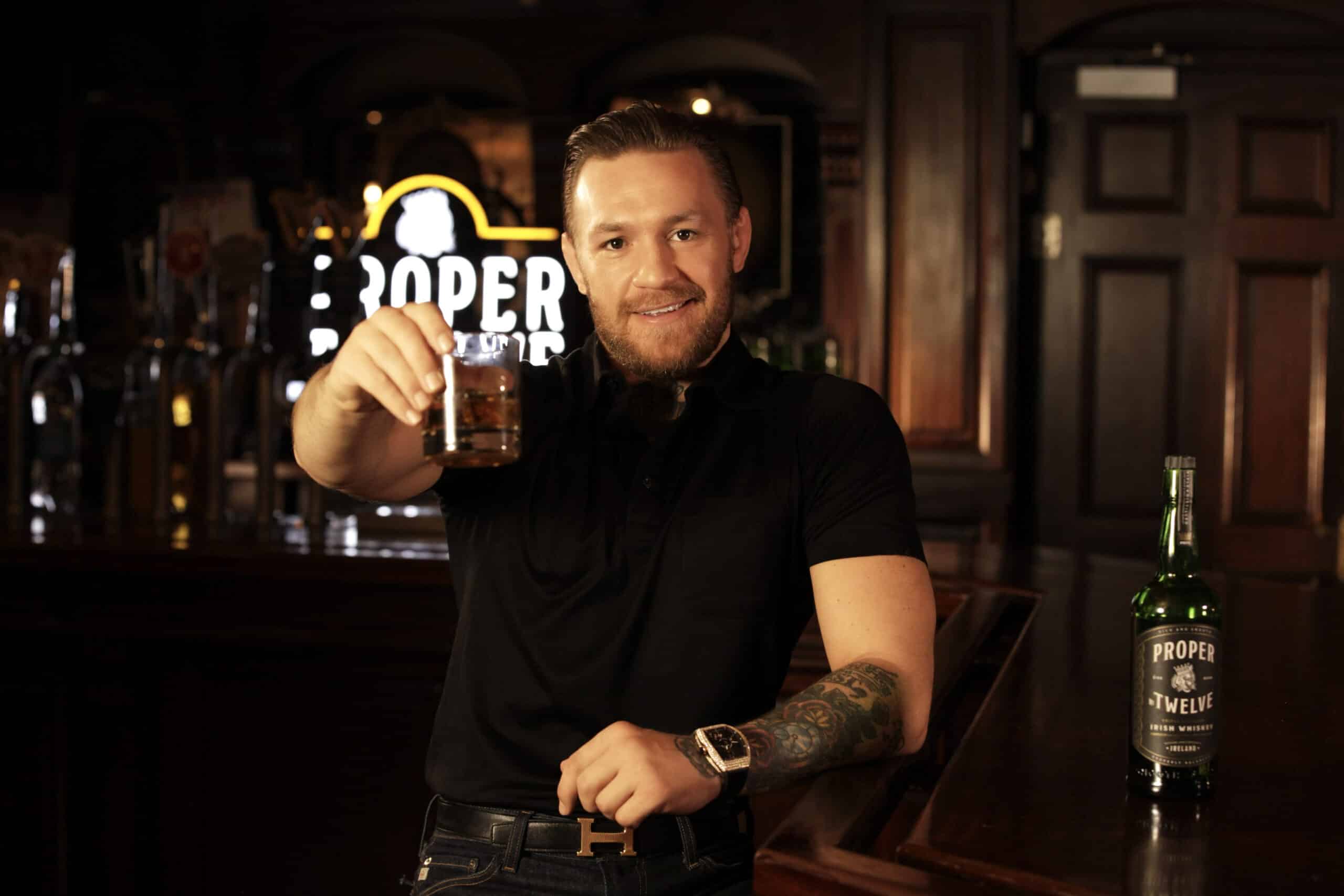 Earnings for sports athletes have never been stronger. The top 25 of the world’s highest paid athletes, determined by Forbes, make a combined income of $2.8 billion. UFC, basketball, football, soccer, golf, tennis players, and race car drivers had take-home pay coming from a blend of income streams such as business ventures, endorsements, and salaries, allowing the highest paid athletes to turn in a record-setting year.

From a plumber to the king of combat sports, McGregor, a mixed martial arts fighter since 2008, is at the top of the highest paid athletes list for 2021. McGregor is a two-time UFC (Ultimate Fighting Championship) featherweight and lightweight double-champion. He raked in a cool $180 million, helping top up his salary by selling his majority stake in an Irish whiskey distiller Proper No. Twelve.

After seventeen seasons with FC Barcelona, Messi made a tearful departure when management could not meet his salary demands. The soccer icon ended the year with $130 million in earnings. Messi has since signed with Paris-St. Germain. With a salary worth 25 million Euros after-tax per year plus bonuses, we can expect Messi to be a mainstay on the list of highest paid athletes for years to come.

With forty-seven goals across all competitions in 2021, this soccer sensation will bring home $120 million. 2021 was also a year of transition for Cristiano after leaving Italian soccer giant Juventus after three years for his former team, Manchester United. With a goal of outshining Messi and achieving GOAT (greatest of all time) status, Cristiano will continue to be a sought-after player and one of the highest paid athletes globally.

Prescott, who has been with the Dallas Cowboys for five years, earned $107.5 million, making him the highest-paid athlete football player of the year. Thanks to a big signing bonus at his deal, Prescott makes more than football’s Superbowl champ quarterback superstars Tom Brady and Patrick Mahomes.

James, a Los Angeles Laker and 2020 NBA champion, had earnings coming in at $96.5 million, making James the highest paid athlete in the NBA. With twenty seasons under his belt, James’ career earnings recently topped $1billion (before taxes, so he is not quite a billionaire), making it a first for an NBA player.

Neymar, another powerhouse on the soccer field, brought in $95 million in 2021. Neymar was sidelined with an injury for weeks in 2021 but continues to be a valued player for Paris-St. Germain (PSG) has signed a contract extension until 2025. Neymar’s transfer from Barcelona to PSG is considered the most expensive at $263 million, landing him in the top 10 highest paid athletes in the world.

Feder, the winner of twenty Grand Slam titles, one hundred and three Association of Tennis Professionals (ATP) titles, and the holder of several records, brought in $90 million for the year. Pretty impressive, considering he was sidelined with two knee surgeries just the year prior. Most of his earnings came from sponsorships in 2021, as he remained off the court for most of the year.

Hamilton started his professional Formula One career in 2007. He won his first title in 2008 to become the then-youngest champion in the sport’s history. The seven-time Formula One world champion car racer Hamilton earned $82 million. Hamilton is considered the most successful race car driver of all time, winning more races than anyone else in history.

At age forty-four and in his twenty-second season, Brady is going stronger than ever, earning $76 million. Brady joined the Tampa Bay Buccaneers in 2020 and brought home the Superbowl championship (making it lucky number seven) a year later. Tom Brady has earned GOAT status, and after retiring and then unretiring, he’s almost secured his position as one of the highest paid athletes in years to come.

Durant rounds off the top ten of the highest paid athletes. Durant had $75 million in earnings and signed a four-year $198 million extension with the Brooklyn Nets in 2021. He has won two NBA championships, multiple awards, and two Olympic gold medals. In addition, his partnerships with such brands as Footlocker and Nike help his off-the-court earnings surpass his salary.

By averaging 32 points per game in the 2020-2021 season, Curry proves that he’s the greatest shooter in NBA history. He has overtaken Ray Allen’s all-time 3-point lead and marked the 158th straight game with at least one 3-point basket. With an estimated $40 million in brand endorsements, Curry brought home $74.5 million for the year.

Osaka is the highest-paid female athlete on the list and the only one to make it into the top twenty. Not only that, but she is also the highest-paid female athlete ever in history. At age 23, with four Grand Slam tennis titles and the reigning champion for both the US Open and the Australian Open, the $60 million she received for the year was well earned. Although Osaka withdrew from the French Open, citing mental health issues, she remains as marketable as ever.

2021 didn’t start the best for Woods, who was involved in a single-vehicle crash in February. With over two decades of experience in professional golf, Tiger Woods was able to get back to hitting balls on the driving range by November of the same year. Despite not playing much golf that year, his endorsements and other business ventures kept him on the list of highest paid athletes with $60 million in earnings.

Westbrook is a point guard traded to the Los Angeles Lakers in 2021 and a nine-time NBA all-star. Westbrook signed a four-year contract with the Lakers and has a ten-year deal (since 2017) for his shoe line with the Jordan brand of Nike. Westbrook took home total earnings of $59 million.

Considered one of the best quarterbacks in the NFL, Patrick Mahomes took the Kansas City Chiefs to four consecutive AFC Championships and helped win a Superbowl championship in 2020. Mahomes can be seen regularly in commercials for Head & Shoulders and Allstate, allowing him to pocket $54.4 million in annual earnings, making him one of the highest paid athletes in the world.

Widely recognized as one of the best shooting guards and leading scorers in the NBA, Harden was traded to the Brooklyn Nets in the 2020-21 season. This nine-time all-star earned $51 million for the year, thanks to his salary and thirteen-year deal with Adidas for $200 million.

Bakhtiari was drafted to the Green Bay Packers in 2013 as an offensive tackle. Bakhtiari earned $47.5 million for the year. He recently agreed to a revised contract that gave him a sizable signing bonus that will keep him making his millions for years to come.

After playing only one game in 2021, Stanley, a football player and offensive tackle for the Baltimore Ravens, brought home $47.5 million in earnings. Shortly after signing a massive contract extension midway through the 2020 season, Stanley struggled with two ankle surgeries that kept him off the field in 2021.

Antetokounmpo was born in Greece and has played the forward position for the basketball team Milwaukee Bucks, since 2013. Antetokounmpo helped the Bucks brought home the NBA championship in 2021. This basketball star, another player with his own signature sneaker line for Nike, received a take-home pay of $47 million in annual earnings.

Johnson is a professional golfer who has won two major championships: the 2016 US Open and the 2020 Masters Tournament. At the Masters Tournament, Johnson had three Eagles in round two, which was a new record. He also has six World Golf Championship victories. Johnson’s annual earnings were equal to $44.5 million, making him one of the world’s highest paid athletes.

Thompson was drafted to the Golden State Warrior NBA team in 2011. Thompson is a three-time NBA champion and a five-time All-Star. 2021 became his comeback year after he was sidelined with a serious injury for a long two years. Thompson also starred in the new Space Jam movie and has a shoe deal with Chinese brand Anta, helping him bring in $44.5 million of total earnings.

Bosa has been a football player and outside linebacker for the Los Angeles Chargers since 2016. He is the third Bosa to play in the NFL; his father is a former NFL player, and his younger brother currently plays on another team. Bosa signed a five-year $135 million extension with the Chargers in 2020, helping Bosa bring in total annual earnings of $44 million and securing a spot as one of the highest paid athletes in the world.

Irving plays for the NBA team, the Brooklyn Nets. He won an NBA Championship with the Cleveland Cavaliers, is a seven-time All-Star, was voted Rookie of the Year in 2012, and is an Olympic gold medalist. Kyrie missed some games during the pandemic when he refused to get the vaccine but still managed to take home earnings of $44 million, including pay from acting and voiceover work.

Ramsey plays the position of cornerback for the Los Angeles Rams. He signed a contract extension with the Rams in 2020 for $105 million over five years, which at the time made him the highest paid athlete as a defensive back in the history of the NFL. Ramsey took home total annual earnings of $43.5 million.

Williams plays offensive tackle for the San Francisco 49ers. On March 23, 2021, Williams signed a six-year, $138.06 million contract extension with the 49ers, making him the highest paid athlete as an offensive lineman in the NFL. CBS sports voted Williams Offensive Lineman of the year in 2021. Williams had total earnings of $43.5 million.