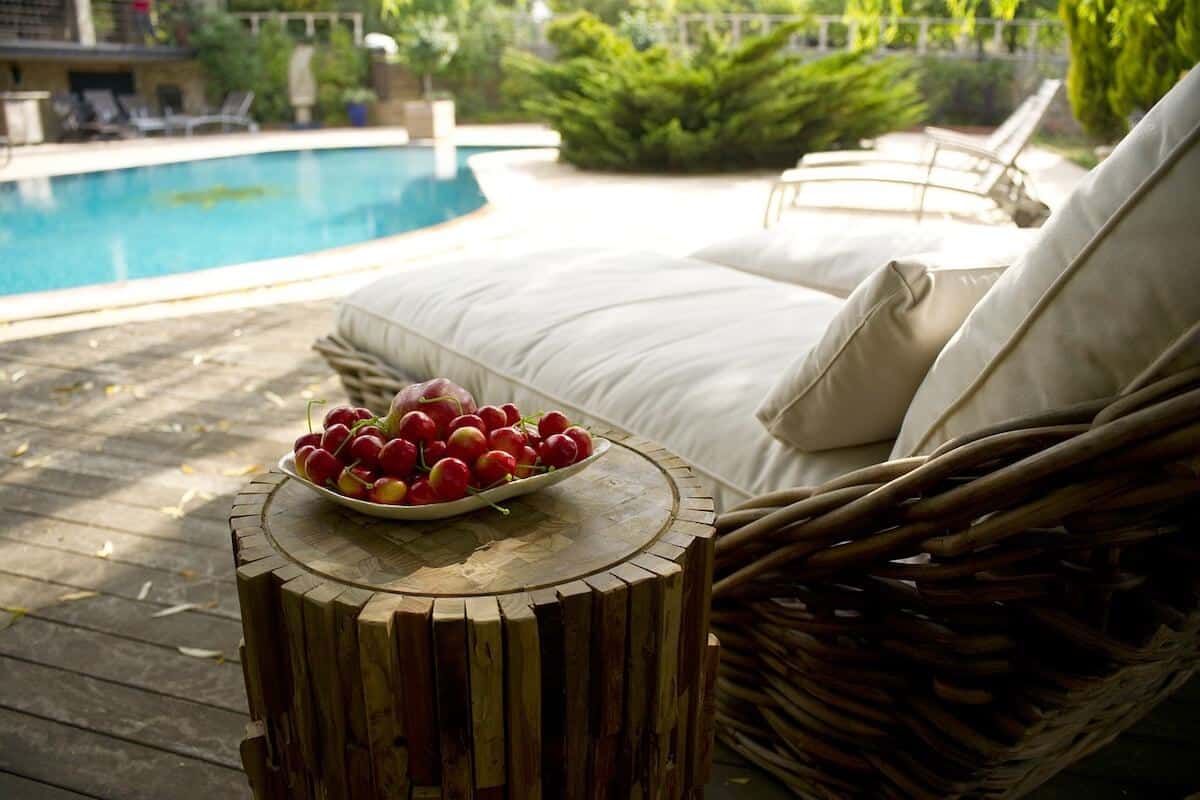 Over the last few months of running Invested Wallet and being closer to the FIRE movement, I’ve noticed quite a lot of critics in the comment sections of media articles.

I’m the first to admit, I don’t agree with everything about financial independence/retire early and have written about some changes that need to happen to make these stories more relatable.

Yet, I still respect anyone’s path to FIRE.

And after reading quite a few articles, including this one from The Guardian awhile back, I had to write a bit more.

The FIRE movement criticism that is out there comes from money experts like Suze Orman, to the everyday reader looking for financial tips.

No matter what side of the FIRE movement you are on, there is some validity to some of the criticisms too. But also a lot of assumptions and hostility towards those who have achieved it or are close to being FIRE.

Below I gathered some of the top complaints and assumptions people have against the FIRE movement. There certainly may be more, but these were the ones that stood out to me.

While I could go into them all into greater detail, I think each can legit be there own blog post. For the sake of this not becoming 5,000+ words, I’ll keep it short and sweet.

High paying job makes it easier for people to save money

One of the obvious complaints and a top FIRE movement criticism is that ones who are highlighted in the media have a high salary. And by that, I mean in the six-figure range.

But while it can help, we see tons of athletes, celebrities, and other high earners going in massive debt or having little saved. A high salary, doesn’t mean you have your personal finances in order.

There are countless stories of people struggling because of poor planning or lifestyle creep. This comes down to your mentality more than income.

But, it’s also valid if you have the right mindset and path to FIRE. I’ve been able to accelerate my savings by making a lot more than I did over a few years ago. I’m not a six-figure earner, but yes more money can help.

That said, I don’t think the media or FIRE bloggers should hide their huge incomes either if they have them. It can leave a bad taste for the average reader. Be honest and transparent.

Who wants to live a bare and minimal lifestyle like that?

I don’t want to assume that many outsiders view FIRE this way, but the comments and criticisms I see do bring this up often.

A common achievement for many who are currently FIRE is living quite frugally and minimalistic to live on less. This in-turn keeps expenses quite low and helps elevate savings rates.

And some certainly do turn to the minimalist lifestyle, but not all do or want to. I think outsiders make assumptions that it’s the main way to get to FIRE besides having a high income.

But there are many types of FIRE, one of which is FatFIRE. This is for people who want to reach early retirement, but will have much larger yearly budget and/or higher expenses. Either because of where they live or their desire to live more comfortably with some luxuries.

What I’m getting at is that most people who FIRE’d live a bit more frugally than others, but it doesn’t mean they live in a tent and live off the land to survive.

FIRE is easy without having kids to raise

Having a child (or more than one) can be expensive and the money adds up over time. A major FIRE criticism or “observation” is that it’s much easier to retire early when you do not have kids.

And it makes sense when you realize the costs of raising a child in America, which according to Investopedia comes in at an average of $233,610 by the time the child is 18. That’s quite a bit of cash missing out on investments!

However, there are quite a few folks who have FIRE’d with kids. Now some of them had kids after reaching FIRE, but there are those who had children during the pursuit of financial independence too.

But to me, so what either way? I never understand why commentators get so mad about this because it comes down to personal choices.

Yes, FIRE is harder with kids. Impossible? No. But why should anyone be mad that someone else had some advantages because of their decisions? That’s life.

This has been the most debated FIRE criticism I think that I’ve seen. Also, a valid argument to consider. We are living longer and inflation, health care, and living costs keep growing.

When I first discovered FIRE a few years back, that was my immediate reaction too.

But overtime and doing more reading, I’ve learned quite a bit. For example, this is why the 4% is used as the standard withdrawal rate for when figuring out your FIRE number.

However to me, the healthcare costs still are the biggest concerns.

I’m by no means an expert in that area, but I have seen other FIRE bloggers discuss health care options that are more affordable. This article dives into FIRE and healthcare a bit more.

It’s something you must plan, consider, and understand if you do plan on achieving FIRE.

And what about a recession?

On average a passive fund will outperform this over the long term.

So by only drawing that 4%, you leave a better buffer for the recessions and bear markets. I recommend reading more about the 4% rule to get all the full details.

A big drop would not be unmanageable in the medium term of your FIRE goals.

However, if someone had just left work, then they may find they need small amounts of part-time work to fill a gap. But they will be in a better situation than anyone else during such a horrendous shock to the economic system.

Now if some catastrophic 50% drop wiped off the value of the market, then we would be in a very bad place and no one would really be safe. Even if you hit your financial independence number, it could set you back.

This is where the idea of BaristaFIRE can be appealing. Essentially, you save enough so that you only need to fund a bit more of income each year from work. Basically it’s like part-time FIRE.

It frees up your time from 40 hours of work, you have income coming in, and potentially can get some health benefits pending where you work.

Working yourself to death for years doesn’t seem worth it

To that I say, this is a personal opinion. However, I do see both sides to this statement. I’ll start with the actual criticism.

Yes, burnout is a very real thing and can harm your physical and mental well-being, as well as impact your relationships around you.

Plus, the older you get when you may pursue the idea of FIRE, the more potential impact it can have on those areas.

But to the opposite side — is it better to work hard, cut expenses, and save aggressively for 5-8 years to then relax, do whatever, and live life how you want? Or wait until you are in your mid to late 60s and hope you are in good health to enjoy life?

That’s why many sacrifice their time by working hard for a few years to escape that supposed societal norm of 9-5 for 40+ years, then retire.

Personally, I think people do need to ensure that if they want to pursue FIRE in a certain period of time, to make space for themselves.

Decompress by working out, meditate or find ways to relax, spend some time with family and friends. You can still work hard to FIRE, but not harm your body, mind, and relationships in the process.

People who want to achieve FIRE, must hate their jobs or chose the wrong career

Again, yes and no.

I think most who pursue FIRE from what I’ve read over the few years is purely not wanting to be a corporate drone.

Many do find their work fulfilling and enjoy it, but rather pursue other endeavors that FIRE brings or escape the cubefarm.

On the other side, there are plenty who find their work or career lacking and want to escape from a job they hate.

I’m all about FI and enjoying what you do, so honestly I don’t find RE to be something I’m interested in.

But that’s me and I don’t criticize anyone for their early retirement pursuit, whether they hate their job or want to pursue more in the world.

There is much more to life than work.

There are definitely more FIRE criticisms and concerns, too many to talk about in-depth.

Being someone who loves personal finances, but also able to see this from an outside perspective — I see why outsiders (and even experts) sometimes disagree with the idea of FIRE.

I didn’t go into detail about all the criticisms I’ve seen, but here are a few snarky thoughts I’ve seen variations of publications:

I’m sure you can think of others or maybe you have your own criticisms not in this list.

For most of these examples there is some small truth and validity to them. But there are also counter arguments to them all and may people who have FIRE’d have different experiences.

What holds most people back is not thinking outside the box and realizing not everyone lumps into these categories.

And what some FIRE achievers and proponents don’t understand is that not everyone has a financial mindset like them.

There will also be critics and people who do scoff at early retirement, it doesn’t mean they are beneath your thinking. Time to kill the elitist thinking from the financially savvy, even if people disagree.

My Philosophy on FIRE

The solution for FIRE: Too much hype on the early retirement instead of encouraging others to make financial changes.

The message should not always be focused on retiring early, it should be your own personal financial revolution. I get that “RE” is part of that, but the industry gets overwhelming focused on it.

Media: Do a better job of interviewing more people in the trenches not making six figures only. When I started improving my finances and making strides I was making shy of 36,000/year with debt and little saved. Over the last few years I got to $46K, then $70K, and now getting closer to 100k/year.

Absolutely having a higher salary now is helping elevate my savings, but mentality and taking steps first is where it started and laid the foundation.

Unfortunately too, people assume a lot when reading articles and make excuses, instead of taking a step back.

I’ve seen comments on articles I’ve been featured in, everyone assuming I lived at home until I was 30 and was handed a pile of money. Wrong on both accounts.

There will always be that and those who blame the world, before understanding a different point of view.

I embrace what the community is doing, whether I agree with everyone or not. The movement is making new generations start to care and look at finances differently, shouldn’t that be the ultimate win?