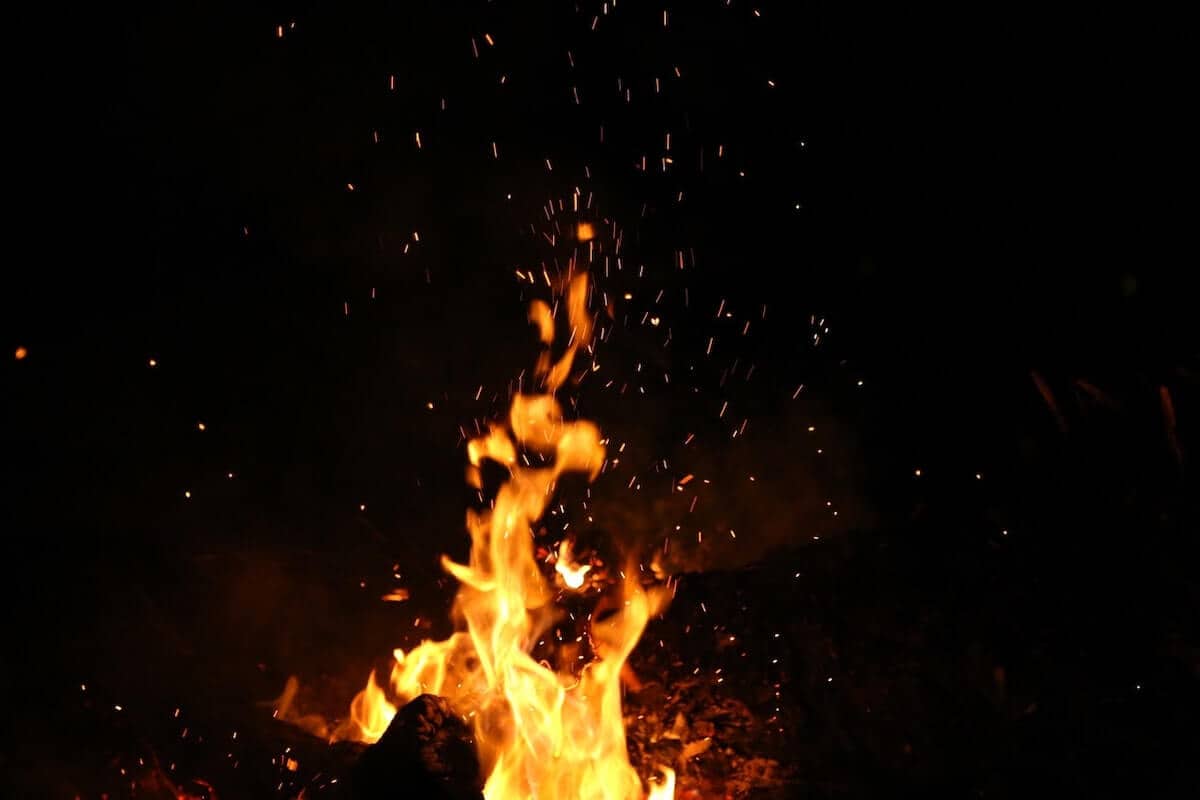 If you are a personal finance nerd like me, then you are well aware of FIRE (financial independence, retire early).

But if you are new to this world, you may be wondering what all this talk of FIRE is and what it means? No, it’s not that orange-glowing thing that is hot and can burn you.

FIRE has become a lifestyle choice for many millennials (and other generations) looking to make serious changes in their finances and their way of living.

And the movement has become more mainstream over the last decade or so too. Big media publications cover it often and there are tons of proponents and critics all with different opinions.

As the FIRE movement has evolved, other variations or types of FIRE have sprung up as well. Below I’m going to explore these types, what they mean, and a bit more.

The Types of FIRE

With any popular movement or lifestyle, many variations will inevitably pop-up in the community. This is exactly what has happened to the financial independence/retire early movement.

I’m also sure other people who are actively pursuing FIRE may have their own unique variations and this list may continue to grow overtime.

Hopefully, the variations doesn’t get too congested as that can get a bit cumbersome.

Anyway, what types of FIRE are there currently?

As identified in the intro, the traditional concept simply stands for Financial Independence, Retire Early.

The lifestyle objective is to accumulate income generating assets that reach a level where it pays enough money to cover your current living expenses.

Typically you’re being aggressive in saving, cutting expenses, simplifying your lifestyle, and investing to reach FI early (could be your 30s or 40s) and would cover reasonable living expenses.

Once you’ve reached financial independence, you don’t rely on a paycheck from a job anymore. Now, paid work becomes an option and allows retirement from traditional work happen much earlier than the normal retirement age.

From doing some research (and also reading the book) the concept of FIRE started back in the early 90s with, Your Money or Your Life. But was brought to life in the last ten years or so even further.

Note: Many FIRE advocates recommend following the 4% rule as a guide, thus setting a goal of at least 25 times your estimated annual living expenses. This may also mean increasing your savings rate to a larger percentage than typical recommendations.

So here we are with our first other FIRE type, dubbed LeanFIRE. You might be able to formulate a bit of a guess to how this varies from traditional FIRE, but I will cover it a bit more for you.

The best way to think of this is FIRE that is on a much tighter budget. The goal here is that you are living on much less than you typically would or what the average person has in expenses.

You might be living a more minimalist lifestyle, but being frugal is going to be a big part of your life. Additionally, you will have to become a master at managing expenses, keeping costs down, and finding ways to simplify your lifestyle, without completely compromising comfort.

So if LeanFIRE is about cutting costs and minimizing living expenses, then FatFIRE must be the opposite? In a way, yes.

FatFIRE is for people who want to reach early retirement, but will have much larger yearly budget and/or higher expenses. Instead of living under $40,000 or being more of a modest range for traditional FIRE, you’ll be looking at living expenses of $100,000+.

Many in this category are high earners and have more income at their disposable to live with larger expenses. I look at this as FIRE on steroids, where you get to reach FI and/or RE, but also live a bit more luxurious.

After doing some digging around the web, seems the average household expenses range from $50-60k a year. So many who are considered FatFIRE or are pursuing it, will be spending potential 2x than the average person.

One thing I’m not sure of (or if any data exists), is how many that pursue FatFIRE spend more and have bigger budgets because of where they live, if they pursue it to enjoy some of the finer things in life, or some combo.

If you think this FIRE category fits you are looking for more information, the FatFIRE Reddit thread is quite active.

As the FIRE movement as progressed, another popular variation popped up called BaristaFIRE. I immediately thought of Starbucks when I first saw this term being used. And, it’s kind of correlates to it.

Let me explain a bit.

BaristaFIRE is about saving enough so that you only need to make a little bit of income each year from work. It’s almost like part-time FIRE. This eliminates the need to work full-time, so no more 40+ hour weeks to live your specific lifestyle.

Additionally, I’ve seen others discuss BaristaFIRE and add that you are withdrawing money from your portfolio, but then supplementing it with that part-time income.

Instead of the corporate work environment, you can work at a coffee shop, take part in the gig economy, or work somewhere for limited hours a week.

The advantages are not working yourself to death to hopefully achieve FIRE, you can obtain some level of financial independence faster, and potentially get some health coverage you won’t fully paying out of pocket.

This is also an option for those who maybe aren’t sure about early retirement and want to test it out a bit. Plus, it lets you explore more of your passions, side hustles, or helps you find something you might love to do for full-time work.

Lastly, we have another type called CoastFIRE. I honestly did not know this one existed until I came across a few articles about CoastFire.

Upon reading and digging into some Reddit threads, it’s pretty similar to BaristaFIRE but with slight differences. However, there is some debate on the exact definition and its comparison to BaristaFIRE.

But, I found some variations and combined them into one definition and how it varies from the other types of FIRE.

CoastFIRE is about having enough money invested at an early age, that you no longer need to invest because of the power of compounding will then cover your lifestyle.

You’ll need to do some math to figure out what you need saved/invested before you stop:

You’ll see how many years it’ll take without adding a dime more to reach the number from step B. If it’s a longer horizon, you can save and invest more aggressively a bit longer early on to shave down time.

Example following the above:

Based on those numbers, it would take almost 36 years to reach your FI number.

But if you had $200,000 saved/invested already, it would only take about 25 years and you’d shave about 11 years off your time to FI! Not easy to do, but if you are able to get to a nice chunk invested in your late 20s or early 30s, you can coast to FI.

Over those years while you wait for your investments to “coast” to your FI number, you’ll still work to cover your current living expenses.

Now you only need to earn enough money to cover just your expenses, since saving and investing are no longer a factor.

This can allow you more flexibility in what job you choose and can help you pick something easier or less stressful. This gives you a bit more freedom earlier, without fully being FIRE.

Is FIRE Right For You?

Now that you know the types of FIRE that exist, is the movement or any of the variations right for you? There is tons of information from the supporters and naysayers, that it can be a bit confusing as to what to do.

Many like the idea of FIRE, because they hate their jobs and want to quit the rat race ASAP.

The problem is, FIRE might only be a temporary patch of happiness in your life. What’s to say you won’t be miserable trying to quit said job or go “now what?” once you do reach early retirement?

Essentially, without a purpose or goals beyond hating your job, you may find FIRE pretty unfulfilling.

It’s also a misconception that retiring early just means quitting work forever. It’s more about having the option to choose when or if you’d want to work. Basically, you don’t need a corporate paycheck to live your life nor are you dependent on a job to get by.

Something to also consider, FIRE is not exactly possible for everyone. There is a general sense that just generating more income and cutting expenses will get you there. But, having quite a high income early on can no doubt give you the upper-hand.

That doesn’t mean that median salaries can’t prevail, but FIRE will be much more challenging to achieve.

I think it is important to set up real expectations, know your life goals, understand the “why” and “what” FIRE means for your life, research the pros and cons (get familiar with both sides of the FIRE debate), and carefully run the numbers.

These types of FIRE give you some options to explore, like BaristaFIRE that lets you dip your toes before going full FIRE.

My View On FIRE

To me, FIRE is about looking to get more out of your life and experience new things or passions on your terms. Maybe you have a grand vision for something you’d like to achieve or pursue, that working into your 60s will hold you back.

What’s interesting about the types of FIRE above, is there are variations that extend beyond the very core basics of the original concept. These types might be more attractive to you and ultimately that’s for you to decide.

Originally, I was really attracted to the idea of FIRE. But as I worked on my personal finances more, my passions, and career, I found that none of the types of FIRE were really for me.

Instead, I love the idea of financial independence, but also EWYD. Yes, yes another acronym for something!

It stands for Enjoy What You Do, which is finding passion in your career and life, but also pursuing financial independence in some way.

What do you think about FIRE? Are you interested in any of the types? Are you currently pursuing some level of FIRE or your own variation? Let me know in the comments below!