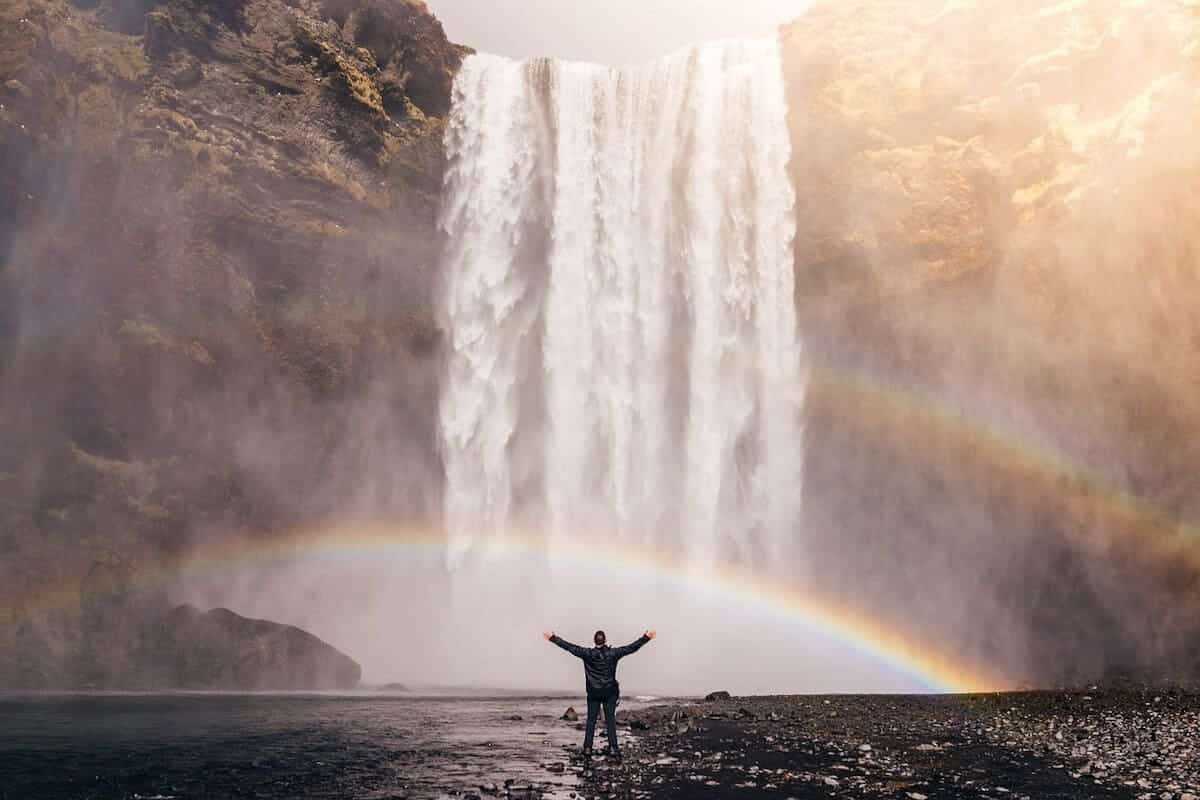 Ah financial misery, something I feel like most of us have faced or will face during our lifetimes.

Also, since everyone’s financial situation is different, what you define as your financial misery may not look so bad to others.

But over the last few years, I’ve been able to reflect on a lot of various life events that had affected my financial health.

Many of those past negative moves (or lack of moves) actually led to a lot of current positives I have and currently am experiencing.

The goal of this post is a few things.

First to share some events that finally got me to make financial changes. The second is to hopefully inspire you to not let your financial misery hold you down. And three, well it’s my blog I do what I want! Kidding on the third part, sorta ?

As you may or may not know, I like to be pretty transparent about my background. I also know, I was fortunate in a lot of areas of my life, where others are not. I also know plenty of people who have been far better off than me too.

I’m not saying everything that I share below will be relatable. And not everything below may be exactly helpful to you either.

But I hope it serves as a reminder to any financial misery you might be going through, that there is light at the end of .

For about four years after graduating college in 2010, I coasted financially. I wasn’t too concerned with my decisions with money (whether good or bad), was living very much in the moment, and was also being totally complacent.

Basically I was accepting my financial fate of debt, not saving, and not making much in my career.

These thoughts, feelings, and my way of life was setting me up to make some additional bad calls, fall into some financial misery, and be unhappy with where life seemed to be headed.

Chalk it all up to either my ignorance, being a naive millennial at the time or maybe just being a carefree twenty-year-old joining the adulting world.

Fortunately, when all of these below things started happening it was just what I needed to wake up.

Here are the life events that contributed, yet woke me up from my financial misery.

Let’s all be honest with ourselves here, I think EVERYONE stresses about money at some point in their lifetime. No matter what spectrum of the wealthy meter you are on, money is and can still be stressful.

I’d say for the first year after graduating, I did not stress much about money. I got my first big boy job a month after graduation ($30,000 pre-tax baby!), healthcare, and even a retirement plan (didn’t know how it worked at the but sounded good!).

Then I adulted even more. Moved out of my parents house two months after starting my job and starting to think about getting a new car.  Exciting!

After the excitement settled after that first year, I was starting to feel some stress about money.

My student loans were in full force, I had some credit card debt, and didn’t have really have anything saved. It started to hit me that I had nothing to fall back on financially or couldn’t afford to do much.

So what does one do at the time? Buy a brand new car! Yes, I was that delusional and naive.

For my first year after college, I was only stressing about money slightly. And from the previous section, I wasn’t in panic mode consider in 2011 I bought a brand new car! I used half of my savings ($500) and traded in my old car to get that Subaru.

But not long after buying this car, I started to quickly notice I was living paycheck to paycheck! I was not able to save much, if anything at all each paycheck. I was having some taken out for my company 401k, a whopping 2% (not enough for a company match).

Living paycheck to paycheck sucks. It adds more stress, because you are just hoping there is no unexpected bill or emergency, because you know you can’t afford it.

Looking back, it was really my own doing even though I also was not making much.

I bought a new car that added another monthly payment and I stayed in an apartment I could barely afford on that low salary. Each pay period I had maybe just enough for cheap food and gas.

Don’t worry, I don’t expect you to feel bad for me. No pity party here.

Feeling Stuck Financially and In Life

There was a good two years straight where I felt completely stuck. Finances especially, but just in life in general. My career was stagnant, I felt like I was just squeaking by, and that I was doomed forever in financial and career hell.

That can take a toll on your mind, both negatively and positively. For awhile, I was basically numb to the circumstances. I was not okay with the way things were going, but I also was not doing much to make any changes.

While it might mess with your mind or you feel down a bit, it can also be the swift kick in the ass you need.

I’m fortunately the type of person to maybe feel down about something for a bit ( in this case it was two years), but then I start to get this weird uplifting feeling.

A internal voice that tells me to knock it off and get to work. It’s followed me around since that past time frame, but I’m glad it’s there because it’s been very beneficial.

I don’t know about you, but one soul-sucking part of life is if you ever are working in a cubicle. I’ll admit, I was fine with it in the beginning. I think because being done with college and becoming a working adult was so new, it didn’t bother me.

But then the first year past. And then the second year past and those dividing five foot walls were now a prison.

When you are already financially frustrated, feeling stuck, and in a job that isn’t paying very well or feels like you aren’t going anywhere, a cubicle makes it feel like those things are closing in on you more.

Some of you may not be bothered by the cubicle and that’s cool. Honestly, more power to you to enjoy it and no judgement from me.

But once I left the cube farm, I refused to fall back into it.

I think you get my narrative a bit now and if not, there is more on my start here page. But all of these previous life events are what contributed (partially) to my financial misery.

Yet, they also were what was leading to my eye-opening financial realizations.

The last part of the math equation (see above after the intro) was being let go of this job.

Only a few months prior to this layoff happening in December,  I was talking to a buddy of mine down at the beach. We just got to chatting about my financial misery and he offered some words of advice.

For the next few weeks I started learning a little bit at a time, even opened a Vanguard account in September 2014. The motivation was almost completely there, but it wasn’t until the job loss that everything changed.

Was I caught off guard? Certainly, because it was a few weeks before Christmas. There were previous rounds of people being let go (yes, this company did this every year. Amazing I survived four years!), so it seemed if you made it to this point, you were safe.

But I had a weird euphoric feeling after the dreaded “talk” from HR. I was nervous because I still did not have much saved, of who is going to hire around the holidays, and what would my next moves be?

Yet, I found myself feeling happy at the same time. I was actually joyfully packing my things up in the cube and walked out with a smirk.

The final piece to the equation to my financial misery also ended up being an awakening.

My financial misery was not exactly over, but I was in a much better place mentality. All these things above woke me up and I started to change everything in my finances and my career (which also helped me financially).

I was fortunate to have severance pay that lasted until February and then I got into two part-time contracting roles in marketing to keep me stay afloat and learn more in digital marketing (My new career path).

And it would take me 9 months to find my next full-time gig!

But since 2014, I’ve revolutionized my financial path and escaped the misery. I still have a lot I want to accomplish, but it’s something I look back and still can’t believe how far I’ve come.

My hope is for anyone feeling any of the above or in your own financial misery to just hang on and work hard to get out of it.

You know the saying, misery loves company. But sometimes, that extra company can be the best motivator you need. It was for me.