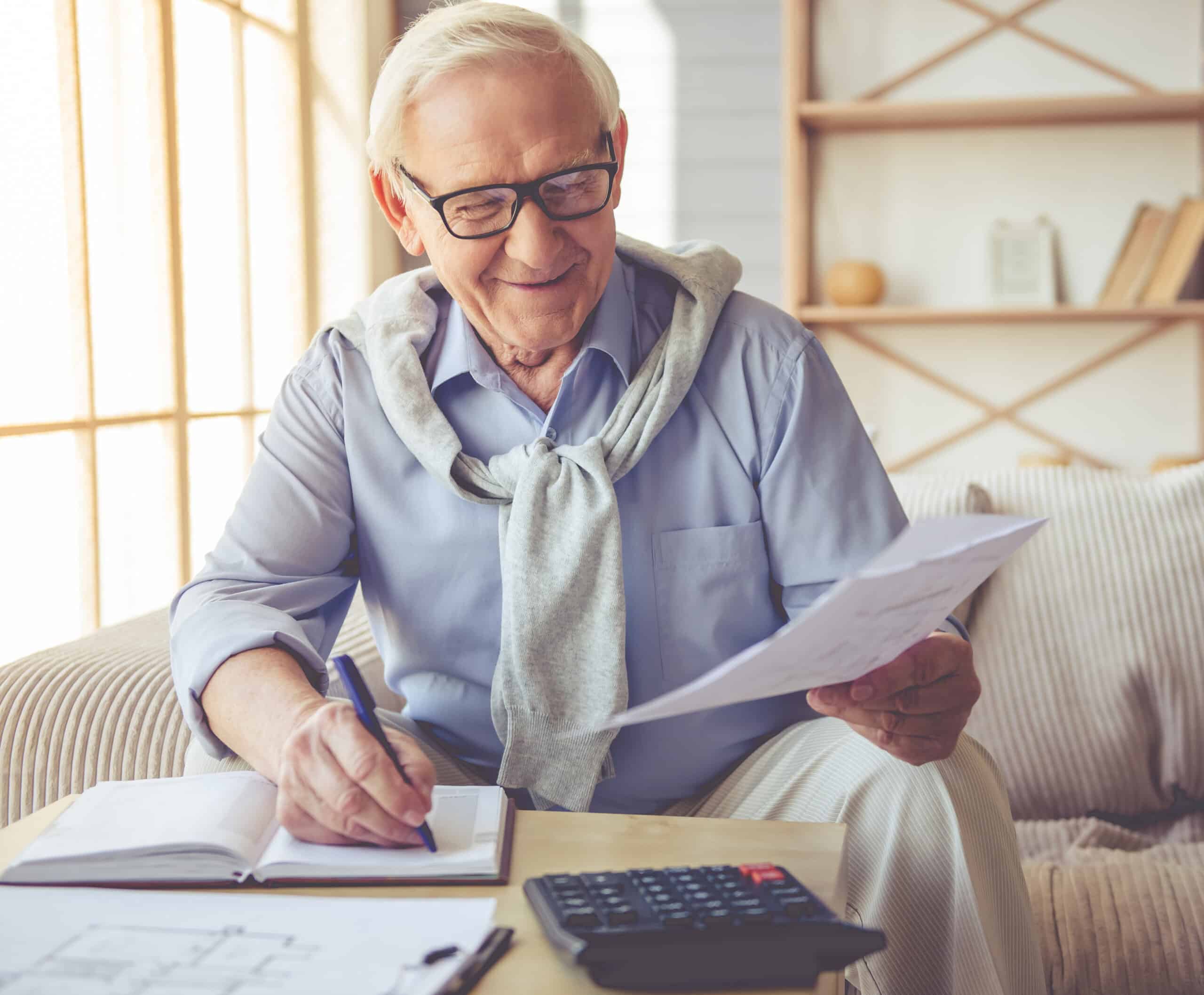 Jobs for retirees may seem hard to find. However, there are several things retirees can do for work that they will find rewarding, both financially and personally.

Some dream to achieve financial independence and retire early (FIRE). Others love their jobs and want to work as long as they can.

In either case, if you are smart about saving and investing, you could live off dividends and retirement distributions. However, rising inflation near a 40-year record and the COVID-19 pandemic may have wrenched many retirees’ plans. Hence, it may be time to join a growing trend and find a job like many retirees.

Retirees finding a job and going back to work full-time or part-time is part of a growing trend. In fact, according to a 2019 survey by the Transamerica Center for Retirement Studies, more than half of workers plan to work in retirement. The statistics show that expecting to work part-time and 14% full-time in retirement.

Data from the US Bureau of Labor Statistics indicates that those 65 to 74 and 75+ years of age expect to participate at rising rates in the labor force. The growth rate is several times other age groups and is driven by Baby Boomers continuing to work. Baby Boomers are the generation of Americans born from 1946 to 1964 and are now about 58 to 76 years old.

Why Are Retirees Getting Jobs

Retirees find jobs for financial reasons at 80% or healthy-aging causes at 72%. However, income at 53% within the financial reasons group is the number one reason. This point is especially true amongst part-time workers who expect their 401(k), 403(b), or IRA plans and other investments to only provide part of the income they need in retirement.

In addition, retirees often rely on Social Security as their primary source of income, but often it is not enough. Furthermore, Social Security benefits have changed. Full retirement used to be at age 66 for those born between 1943 and 1954. This range only encompasses part of the Baby Boomers. From 1955 to 1959, the full retirement age increases by two months. If you were born in 1960 and later, full retirement is 67.

The net result is retirees often need jobs for at least a few years to make ends meet. Their retirement accounts and investments may not provide enough income, and Social Security benefit payments may be a few years away.

Below is a list of five good jobs for retirees. Of course, not everyone wants to be a blogger or social media influencer part-time, so we focus on other potential part-time careers. They run the gamut from cashiers, where there is no education requirement to part-time jobs requiring college degrees and licensing. In many instances, workers can take classes or obtain a professional certification or license on their own using their Lifetime Learning Credit. This benefit is you get a tax credit, but not everyone qualifies.

We list cashiers as the number one job on this list of jobs for retirees since it is a relatively simple field to enter. There is no formal education requirement, and most training is on the job. Additionally, the job description is straightforward, process cash and credit cards from customers buying things or services.

The advantage of the cashier position is its ubiquity. The jobs are in retail, grocery stores, department stores, gas stations, fast food, etc. You can get a job in almost any field and any geographic area. There are roughly 3.38 million positions in the US, with ~550,000 openings projected each year, but technology is starting to replace some jobs. Part-time work is often possible, and approximately 14% of these workers are over 55.

However, on the negative side, the pay is low at about $12 per hour, according to the US BLS. This hourly rate is around $25,000 per year, but this may be enough income combined with retirement distributions. The second negative is there is a lot of standing and low job satisfaction.

If you’re interested in this job, look for a Costco near you. They pay almost double the national average for the position.

School bus drivers make this list of jobs for retirees since it is already popular with those seeking to work part-time. Reportedly, approximately 73% of school bus drivers are over 55. There is also a national bus driver shortage in America, so higher pay is now being offered.

The job description is self-explanatory. A school bus driver operates buses and transports students to and from school. Drivers usually require a high school diploma and a driver’s license. Some states may require a commercial license. There may be a background check, clean driving record, and physical exam requirements. School bus drivers also receive on-the-job training.

The main advantage is the position is part-time and only when schools are in session. This fact means you are driving early morning and late afternoons. It also means your Summers are relatively free. There are about 873,000 school bus drivers in the US, and the numbers are rising. In addition, the pay is better than a cashier at about $17 per hour or nearly $35,000 per year in median salary for 2020.

The disadvantage is you are sitting for long periods. You must also tolerate a wide range of behaviors from kids and maintain order and rules. Some retirees may not want to do this, and thus this job may not be for them.

Bookkeepers perform accounting functions for small businesses. They create and track invoices to customers, do payroll for employees and independent contractors, maintain financial records, and pay invoices from suppliers. However, they usually do not prepare tax returns for the business.

The advantage of the bookkeeper position is it can be part-time and does not require too much physical exertion. In addition, most of the work is performed at a desk with a computer using software, which means working from home is possible. The disadvantage is it may be monotonous.

There are more than 1.6 million bookkeepers, although the numbers are declining due to technology. However, turnover means there are about 170,000 job openings estimated annually. The median pay was approximately $20.40 per hour or $42,000 annually in 2020.

The next job on the list of best jobs for retirees is a medical transcriptionist. According to the US BLS, this profession is popular with people 55+, with at least one-third of the total number of that age. You will need at least a high school degree and some college courses to become a medical transcriptionist. Additionally, experience with word processing software and knowledge of medical terminology is needed.

The job description is relatively simple. Medical transcriptionists listen to voice recordings from doctors and other healthcare workers and turn them into written reports. Most work for hospitals, physician’s offices, and companies specializing in outsourcing this type of work. It is possible to be self-employed in this field, but this approach may require experience and good connections.

The advantage of this profession is it does not require going to the office. Meaning you can make money from home with this job. Listening to voice recordings and typing notes in a word processor can be performed almost anywhere. One only needs a headset and a computer with an internet connection and the requisite software. The disadvantage is it may become tedious.

In 2020, there were more than 52,000 medical transcriptionist jobs. The industry is declining as technology can perform some tasks and will likely become better. However, turnover results in an estimated 6,600 openings each year. The median salary in 2020 was about $17 per hour or $35,000 per year.

A dental hygienist is the last job on this list of best jobs for retirees. It is a popular job with part-time workers with more than one-third of workers in that category. In addition, approximately 17% of the part-time workers are over 55. A career in this field requires at least an associate degree in dental hygiene and a license. The degree takes about three years, and you must pass written and clinical exams for the license. Furthermore, there are annual license fees and continuing education requirements.

Almost all dental hygienists work in dentists or other oral care offices. You will perform oral preventative care and check for oral diseases like gingivitis and cavities. The advantage is that the position has reasonable working hours. Additionally, you can find dental hygienists in essentially all geographic areas. The disadvantage is you are doing pretty much the same thing every day.

There were about 206,000 dental hygienists in the US in 2020. The profession is increasing, and there are an estimated 15,600 openings annually. Dental hygienists are the highest earners on this list, with a median hourly salary of about $37 per hour in 2020. This value translates to roughly $77,000 per year.

Final Thoughts on Working in Retirement