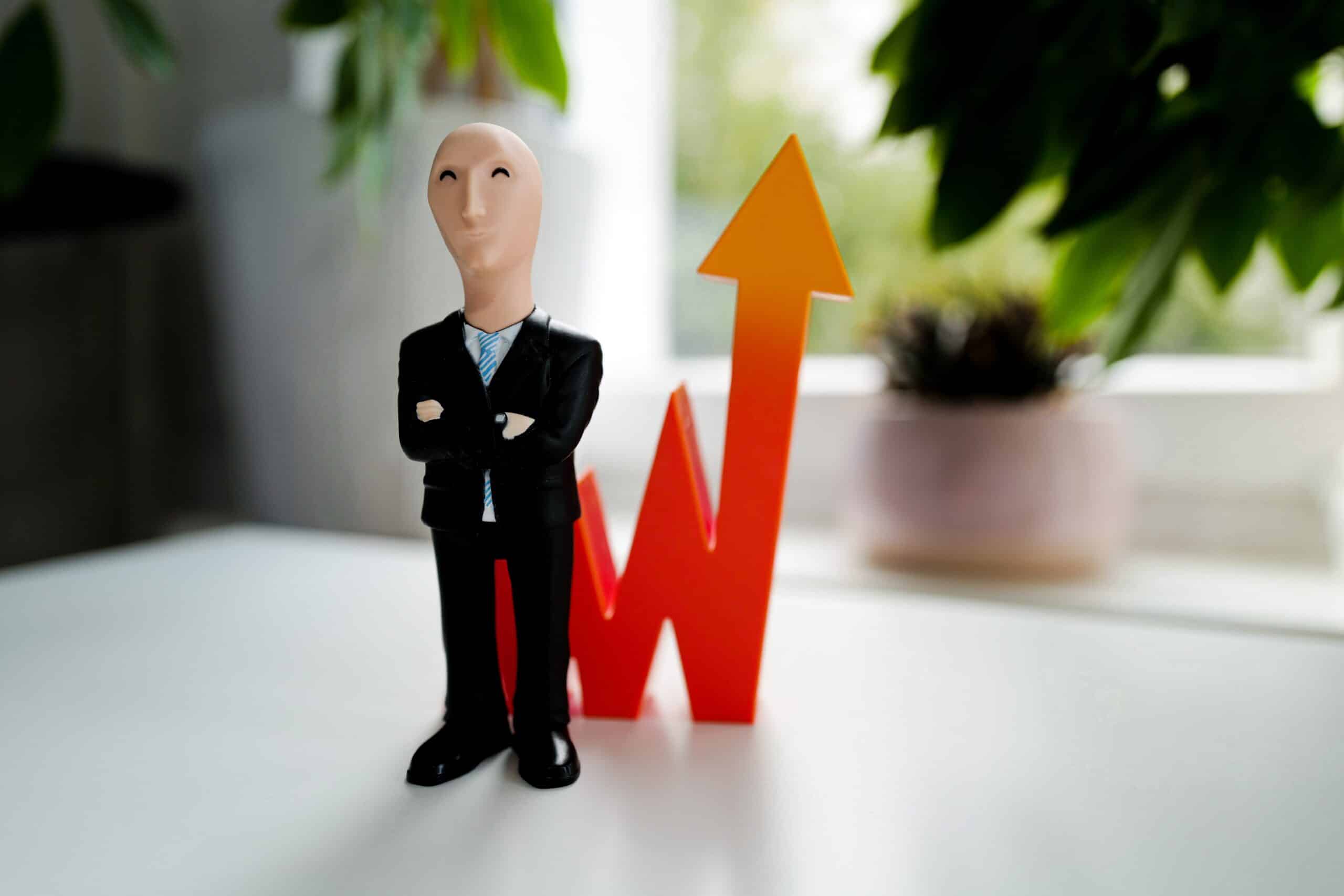 Long gone are the days of only a select, small group of individuals controlling the price of stocks. While the list of power players included CEOs, Government lobbyists, Warren Buffet, and hedge fund managers, there’s a new heavy hitter in town. Reddit. And the establishment is not too happy about its newfound power over Wall Street and its meme stocks.

Ever since Gamestop hit it big in 2020, meme stocks have grown. Some want to make a profit, some are looking for get-rich schemes, while others are “voting” with their dollars, and others are looking to make a broader impact in the world of business and Wall Street. Let’s cover some topics about meme stocks and what you must know before using this high-risk investment strategy.

What Are Meme Stocks, and How Do They Work?

When a certain influential group of people picks a particular stock to become the next “golden child,” “followers” of this concept jump in to buy that stock since they think it’ll go up in value. When this happens, the stock price will soar in a couple of days to a few months causing it to be a meme stock. The value of a meme stock is not due to the company’s performance but the result of social sentiment and group buying.

One of the most popular platforms people talk about is the WallStreetBets, which has thousands of readers daily that discuss trendy topics on the stock market. For example, you can find discussions like the top 10 stocks, news about a company, and what stocks are valuable.

Instead of analyzing the traditional way by looking at profit/ loss ratios, a company’s total debt, or other financial metrics, meme stocks go up and down based on a social movement.

What Started the Meme Stock Movement?

Meme stocks started during the pandemic and a time of historic levels of stock market volatility, with many stocks decreasing rapidly due to business closures. However, due to the movement’s backing of GameStop, their stock experienced a tremendous price increase. After people learned that they could, in essence, control the price increase of stocks, they moved on to other companies whose prices were extremely low.

Investing in a Good Meme Stock

What most investors like about meme stocks is that they can potentially earn significant returns in a short time. However, you can also lose a large amount of money in a short time. However, you should play at your own risk and understand that you could lose all of the money you put into this high-risk investment strategy. Meme stocks can increase tremendously or plummet drastically.

When you have a solid understanding of the stock market, you’ll know where you should invest your money and keep your loss at a minimum. That may or may not be meme stocks.

Gamestop was one of the most significant meme stocks in 2021. The price skyrocketed to nearly 180%, which caught the attention of many. You might be wondering how the price just increased in such a short time.

It was all due to the r/WallStreetBets community. With over 2 million subscribers, they have turned GameStop into a social experiment. When a few people start saying that GameStop has value – even though it didn’t – everyone starts to pitch in. Once everyone started spreading the word on the internet about Game Stop as the next “golden child” stock, many people began to buy this particular stock to make money and support a struggling stock and business.

Of course, Game Stop isn’t the only meme stock out there. Let’s review others that were a part of this social investing movement.

The company struggled a lot during the pandemic when people were on lockdown and fluctuated before the meme mania. However, the stock price could soar due to Ryan Cohen’s involvement, partnership with Kroger, and a new digital marketplace.

Many people were not interested in this company due to previously poor business fundamentals and low earnings in previous quarters. However, due to the internet chat boards discussing this stock, it’s no wonder it was up about 60% in 2021 in just a short time.

Blackberry, now a cybersecurity company and no longer a handheld device company, was one of the most popular meme stocks in the Reddit investing community on r/Wallstreetbets. In October of 2021, Blackberry was mentioned the most compared to Amazon, according to SwaggyStocks. By November of 2021, the stock price had increased a lot in a short amount of time. However, that was only temporary.

The price was in the $20 range just a year ago. Now it is less than $7 per share. So it’s hard to predict the future of Blackberry.

In January 2021, Nokia’s price doubled in value before the start of February. In just a matter of days, the price rallied from $3.87 to $6.55, a 106% increase. Nokia was a WallStreetBets target meme stock due to its involvement in 5G technology. The price surge was due to bullish sentiment, so the short squeeze occurred.

However, the stock has gone back to its original state.

A software platform, Palantir has been a popular stock pick with investors familiar with the tech space. However, Palantir used to be a stock that most general investors didn’t know about.

Back in September of 2020, it was $7 per share and went up to $23 per share a few months later. However, the stock has come back down to about $13. With the changes and improvement of the company, this stock will probably become or evolve into a long-term investment for most investors.

Due to the space flight tickets on sale, the stock price went up to 32% on February 15, 2021. However, it has calmed down and hasn’t risen up that much since June 2021. Since this is still a new company, people are still unsure of what’s to come in the future and how well its business fundamentals will be.

Should You Buy Meme Stocks?

Meme stock can rise tremendously, or it can plummet tragically. It is challenging to play since it is based on social popularity, which can be difficult to analyze and predict. You have to bear in mind the risks and the rewards of it. Even if you can potentially earn significant gains, the price can plummet drastically if many people exit their positions in the short term. Those who want to invest in meme stocks must understand the risk of investing in them.

Usually, meme stock is excellent for short-term buyers and sellers since it lasts for a short time. However, if you want to invest long-term, this is not the way to go.

Meme stocks are relatively new, but it has enticed many young people to get involved in the stock market, some for the first time. For a new investor, it is thrilling to join a movement that can affect the stock market, large hedge funds, and a publically traded company.

“Education is perhaps the greatest legacy of the meme stock phenomenon,” said Barry Metzger, Head of Trading and Education at Charles Schwab. “In 2021, the TD Ameritrade Network had more than 26 million views of its financial news and insights, and Schwab Insights and Education content, which provides commentary on market events and resources for trading and long-term investing, had more than 24 million views. “

“An influx of traders may have come to the market for meme stocks, but many have stayed and learned about the importance of doing their own due diligence, the value of third-party research, and how to utilize institutional-like trading tools and resources. Many have achieved greater balance in their portfolios as a result of this engagement,” he underscored.

The New Power Dynamic Between Redditors and Wall Street

It’s incredible to see how social media changes larger society once again. Twitter became a new place for news and politics. YouTube and Instagram have transformed the billion-dollar beauty and fashion industries. Now Reddit is taking on Wall Street.

Reddit traders are always trying to beat Wall Street at its own game since they believe the system is rigged. For example, when Wall Street was betting against GameStop, Redditors put money into GameStop to raise its price. They, then, took on Wall Street by short selling.

“From play-to-earn gaming to meme stocks, a society disillusioned with false promises of prosperity is generating wealth its own way. As trust in financial institutions declines and calls for accessibility intensifies, a growing group of people will opt for the unconventional, said Cecelia Girr, Backslash’s Director of Cultural Strategy.