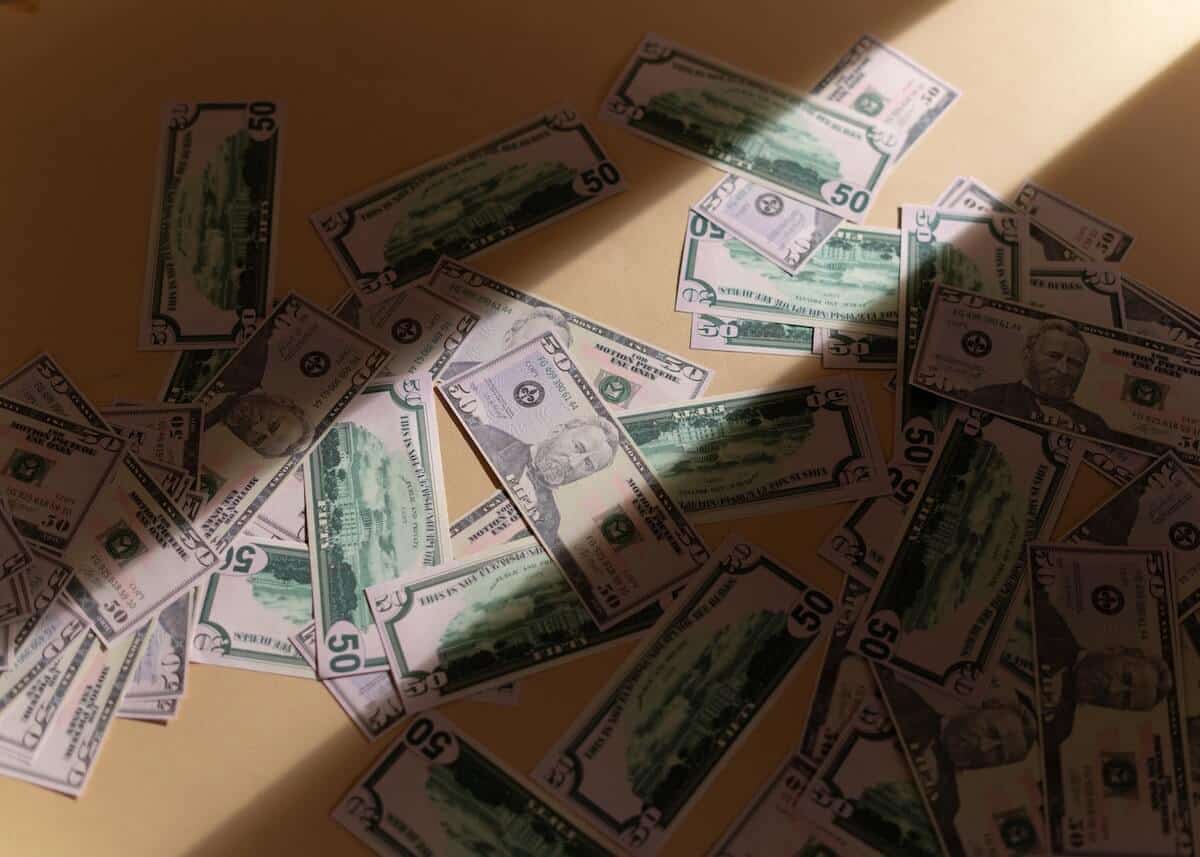 When you become immersed in the personal finance world, you’ll come across many terms and interesting discussions about money like rich vs. wealthy.

And most of the time, one of your own financial goals will probably be to become rich and obtain wealth too. It’s a commonality among a vast majority of people in the world.

Yet when most people hear rich vs. wealthy, they are surprised that there is a difference between these two terms.

But wait, don’t these two words mean the same thing? Many incorrectly assume these mean the same and should be used interchangeably.

When it comes to finances, these two terms are actually quite different. There will be some similarities, but there are a few differences that make one better than the other.

What Does It Mean to Be Rich?

Put simply, rich people have money; but they do not necessarily know money. To be rich is to earn a lot of money or own a lot of things, but also have a high cost of living or a number of expenses which makes this money less sustainable. Being rich is defined solely by income and showing off “status” to outsiders.

There is a finite amount of time that the money will be available for individual households. Therefore, although in a relatively good financial position; rich people have not achieved true financial independence.

And typically, many rich people will be in debt or are spending just as fast as their paycheck comes in.

For example, a rich person could be a lottery winner. Suddenly, they have achieved a new level of FU Money and can afford an insanely new lifestyle. Their quality of life improves as this person starts spending more money on both material objects, and their lifestyle.

However, increased expenses over the course of the lifetime without further income is unsustainable. This is why 70% of lottery winners, for example, end up going broke. Without money management; even the richest person will not achieve financial freedom.

What Does It Mean to Be Wealthy?

Those who are wealthy have already cracked the code to getting rich, and now instead of choosing to trade their time to increase their riches, they make investments. This is because it will make their money last longer and helps them become wealthier over time.

Those who are wealthy focus on assets that will put their money to work to help them become millionaires. Instead, not only might they maximize income streams, but they focus on growing their net worth.

And interestingly enough, you may not realize when someone else is insanely wealthy. People who look to obtain wealth and financial independence usually are not as flashy.

Generally, wealthy people aren’t worried about putting on a show for others to see how much money they have. You may even pass someone who is very wealthy and not even realize it!

Your investments could be in the stock market, real estate, in commodities such as antiques and art, or even investing in yourself (like your own business for example).

Even better; where a rich person earning money would be subject to income tax, those who earn from their investments and assets know how to play the money game to minimize their tax burdens too.

Extra: If you have not read “The Millionaire Next Door,” I highly recommended you do. It unveils how many of the wealthy can be your unsuspecting neighbor next door who maximized investing, savings, and being frugal throughout the years.

The Differences Between Being Rich and Wealthy

While being rich vs. wealthy is about how much money you have in your bank account, it does go beyond that too. When you think of a rich person, it’s usually someone with a massive salary or income stream.

But someone who makes significantly less, even under six-figures per year, can be in much better financial health due to their aggressive saving and investing.

Rich people will spend a lot of money and use their income to live a lavish lifestyle. Instead, wealthy people focus more on saving and investing a significant amount of their money. And maybe even living more like they have a middle-class income only. Thus building long-term wealth-building assets that pay dividends later in life.

To make seeing all the differences a bit easier, let’s look at the comparison in the table below.

Clearly, it’s much more preferable to be wealthy, rather than rich. While building wealth is a long-term investment, it pays much better over time.

With wealth comes financial security and stability; meaning you are freer in your everyday life with how to spend time. Plus; imagine NOT having to stress about money? The mental health benefits can be huge.

Tip: Want an easier way to monitor your investments, net worth, and savings all in one place? Try using Personal Capital, it’s free to use!

How You Can Become Wealthy

It’s important to remember that the label of “wealth” will not automatically place you among the 1%. But you can take steps towards building long-term, or even generational wealth.

Wealth is not guaranteed for anyone; as you will have to ensure your expenses are significantly lower than income and time for your investments to gather interest. Either way, it is possible to build wealth.

Typically, it will be good to start with at least 10% of your income if possible. The more, the better. Aim to build a pot worth approximately 3-6 months of your living expenses (also known as an emergency fund).

The best way to get there is a combination of two things: decrease your expenses and increase your income. However, you need to bank that new difference and not be tempted to spend that extra amount you create.

2. Get rid of your debt ASAP

In order to achieve wealth and build your net worth, you must remove any debt as quickly as you can. I personally chose to invest money and pay down debt.

However, if you have insanely high-interest debt, spend the time knocking that down and saving a bit less.

Try to pay above the minimum amounts on accounts like credit cards or student loans. It’s good to track your progress to stay motivated on larger debts.

But this can significantly improve your net worth and help you save a lot more when you eliminate any high debt payments.

3. Start investing as much as possible

Once you are debt free or very close, begin investing as soon as possible and as much as possible. This will allow for the maximum interest to accrue, making the most of your money over time.

Many financial gurus will say various tactics about your budgeting and paying debt first.

I was fortunate that my interest rates on my debt were conservative, so I paid some extra but also ensured I could invest too. It took me a little longer to pay off my debt completely, but I gained 6+ years of time on my side with my investments that I would have missed otherwise.

I can’t tell you what the right move for you specifically will be. However, the earlier you can invest, the better. Here are some more retirement savings tips to help you on your journey.

4. Monitor and adjust your financial goals

Review your long-term financial goals and commitments frequently in order to stay on top of the priorities of your life. Naturally, we all go through life transitions which can have an effect on where we want to spend our time and money.

Wealth is not something that happens overnight for most people — and that’s okay! Building your net worth and nest egg can take time, but you’ll be set in the near future.

Along with your goals, make sure to keep learning! I’ve read tons of personal finance books and investing books, which all helped shape my wealth mindset and discover my own priorities in life.

Before we end the rich vs. wealthy discussion, I thought it would be interesting to share some relative quotes about this topic.

Many others have shared thoughts or insights into the difference or about money in general, especially the most well-known investor Warren Buffett.

“Only buy something that you’d be perfectly happy to hold if the market shuts down for ten years.” – Warren Buffett

“Money is only a tool. It will take you wherever you wish, but it will not replace you as the driver.” – Ayn Rand

“That man is richest whose pleasures are cheapest.” – Henry David Thoreau

“If we command our wealth, we shall be rich and free. If our wealth commands us, we are poor indeed.” – Edmund Burke

“Many folks think they aren’t good at earning money when what they don’t know is how to use it.” – Frank A. Clark

“You can only become truly accomplished at something you love. Don’t make money your goal. Instead, pursue the things you love doing, and then do them so well that people can’t take their eyes off you.” – Maya Angelou

“Don’t tell me where your priorities are. Show me where you spend your money and I’ll tell you what they are.” – James W. Frick

“I have about concluded that wealth is a state of mind and that anyone can acquire a wealthy state of mind by thinking rich thoughts.” – Edward Young

What do you think of rich v.s wealthy? Do you agree with the above? Have you seen the differences in real life?